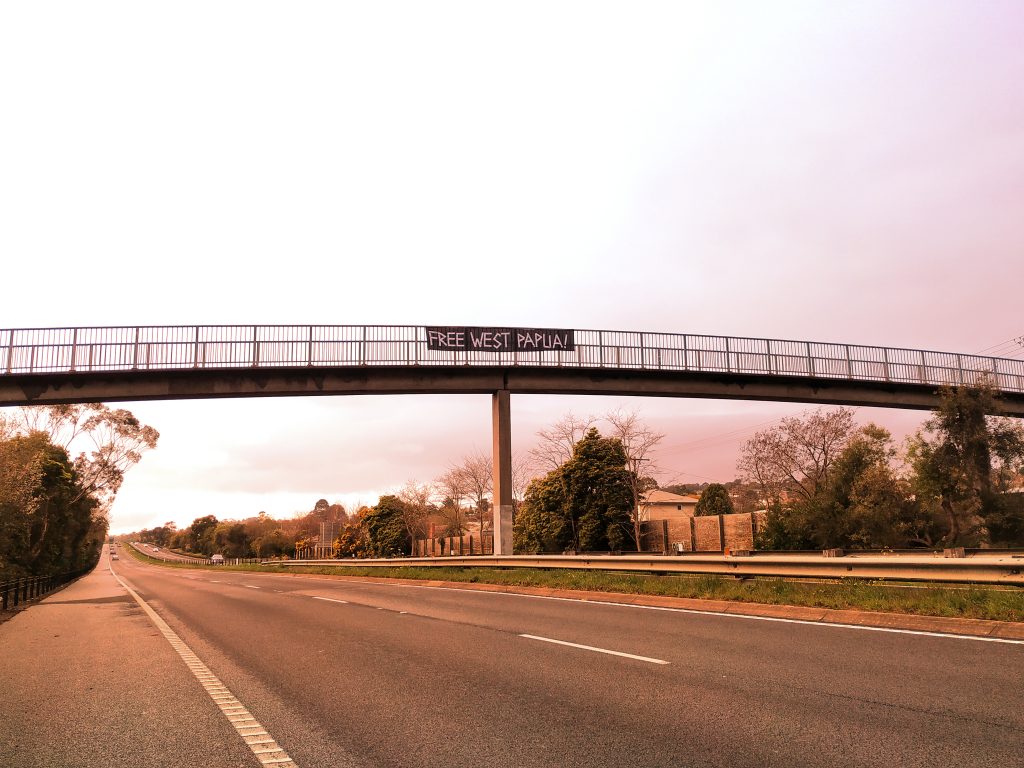 A banner with the slogan “Free West Papua” was hung over a bridge on the Princes Freeway, on lands of the Brayakooloong people of the Gunai Kurnai Nation in so-called Moe / Latrobe Valley, Gippsland, southeast Victoria. This small gesture of solidarity was carried out in response to the ongoing Peoples’ Uprising in West Papua.